A Poet and His University

The first "designated" poet at the University of Rochester, and the first to attain national recognition while teaching here, Plutzik for sixteen years taught a full load of courses, advised, served on committees, wrote letters of recommendation, dealt with complaints about grades—and also carried on a strenuous and multifarious cam­paign to make poetry count for something to his students and colleagues. One meets University of Rochester alumni everywhere who thank him for opening their ears and eyes to poetry. For Plutzik, as for Theodore Roethke (whom he greatly admired), the roles of Writer and Teacher were fully interrelated; he wouldn’t have been the one without also being the other.

He was likewise engaged in the the urban community. From his arrival in Rochester in late 1945, Plutzik actively represented his art and his university in the city. He was a popular speaker off-campus as well as on, and the Archive reveals how much time he took from his writing to give to such affairs. He was an artist who felt responsibilities to his community on many levels; when he died, the community felt itself diminished. 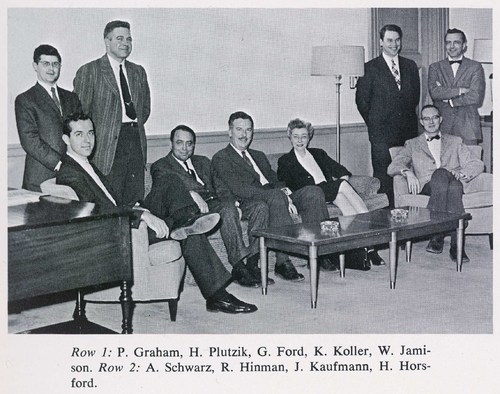 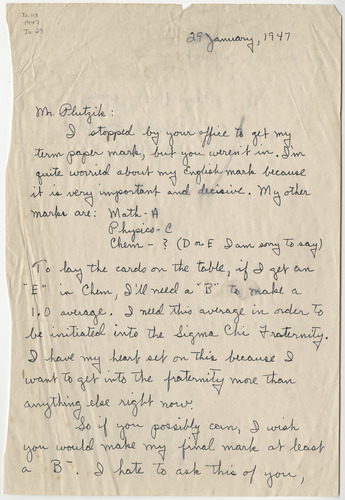 Autograph letter, signed, to HP from a student. Page 1of 2 pp., January 29, 1947.
The student pleads, archetypally, for a better grade in his English course. 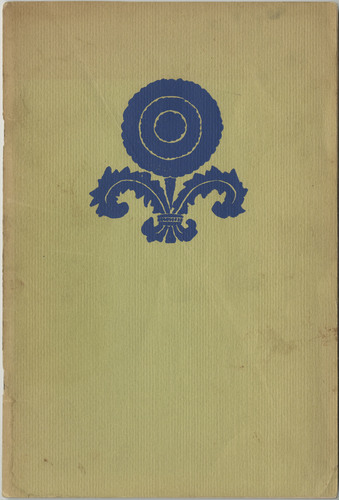 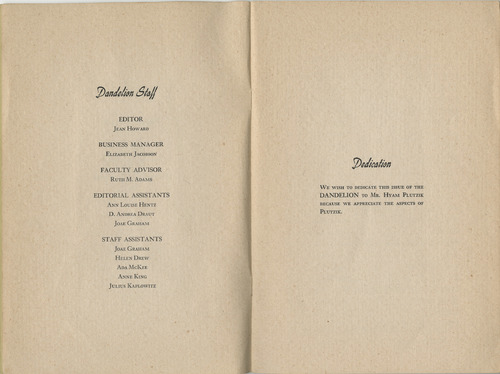 The Dandelion was the literary magazine of the University's College for Women. The Dedication reads: "We wish to dedicate this issue of the Dandelion to Mr. Hyam Plutzik because we appreciate the aspects of Plutzik." 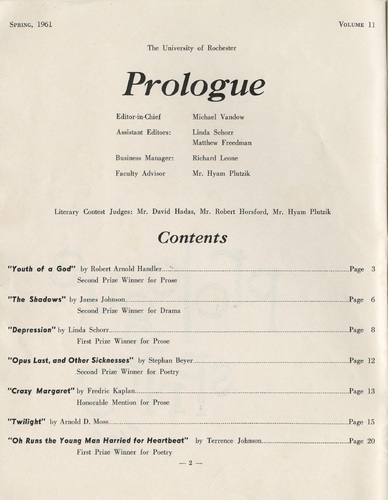 Prologue: A Review Published by the Undergraduate Students of the University of Rochester. Vol. 11 (Spring 1961). 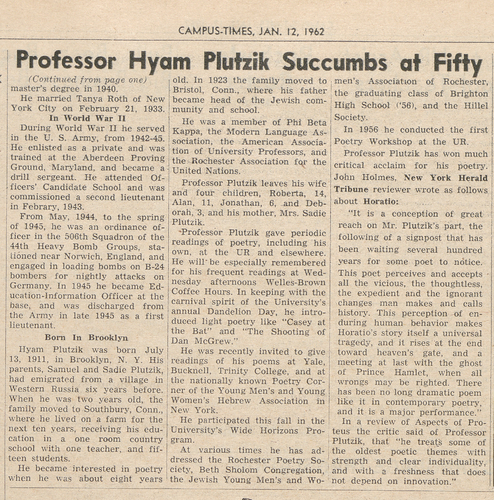 Clipping from Campus Times, January 12, 1962. Obituary on HP by "B.L." in the University of Rochester student newspaper.