The Writer as a Young Man

Plutzik took up poetry as a student at Trinity, under the stimulation of Odell Shepherd and other teachers there. He was an editor of The Trinity Tablet and published poems therein (of no special promise); as a graduate student at Yale he twice won the Yale Poetry Prize, in 1933 (for The Three) and in 1941 (for Death at the Purple Rim). Between those two years, thrown up against what he once called "the stone wall of the Great Depression," he tried his hand at various jobs, and eventually returned to graduate school—but his only real vocational uncertainty seems to have been over what kind of writer he was going to be.

A year of Thoreauvian solitude in rural Connecticut (1936-1937) produced no immediate breakthroughs in either prose or poetry, but the experience was pretty certainly the making of him as a serious artist, providing a charmed time of long thoughts and self-discoveries, from which as a poet he would draw inexhaustibly, beginning with Death at the Purple Rim and carrying on to "The Shepherd" episode in Horatio. Death at the Purple Rim won him praise from Stephen Vincent Benét, Van Wyck Brooks, and most especially Mark Van Doren: with such encouragement, as doubtful as the world looked in late 1941, his life's calling became a certainty. 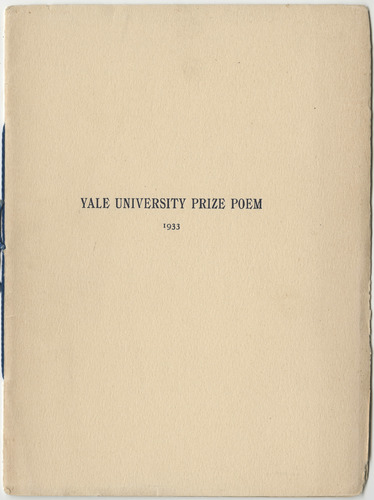 HP won the Yale University Poetry Prize twice, in 1933 for The Three and in 1941 for Death at the Purple Rim. 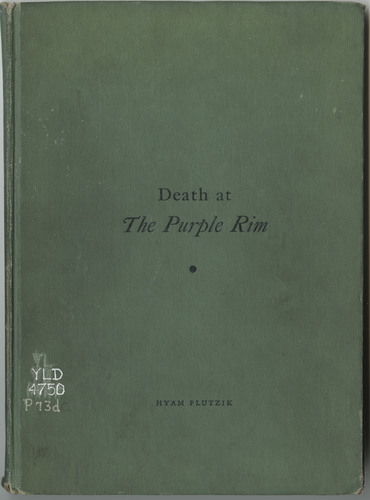 Stephen Vincent Benét was one of the Yale Prize judges in 1941, and this is his copy, as inscribed by HP: "To Mr. Stephen Vincent Benet, with the respects of the author Hyam Plutzik." It was the poet's first book, except for the pamphlet publication of The Three.

HP sent copies of Death at the Purple Rim to a number of American poets and critics, including Van Doren, whose warm responses initiated an extended correspondence between him and HP. 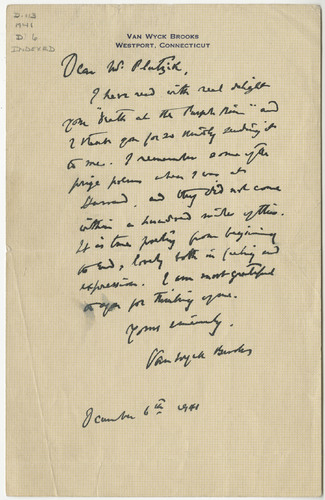 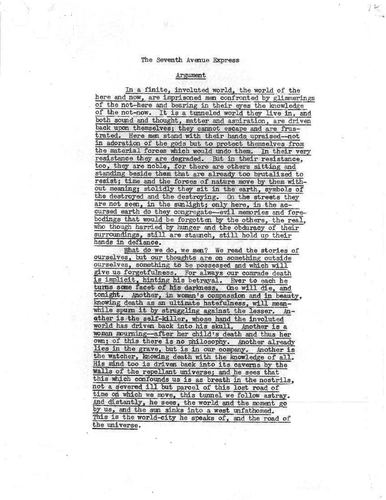